skip to main | skip to sidebar

In Loving Memory of Terry Reitzel

It's not often that we pay tribute on the Circa blog, but we recently lost a wonderful contributor to our profession and an immense friend. Today, as friends and family gather to celebrate the life and talent of this kind soul, we wanted to take a moment to share our memories. 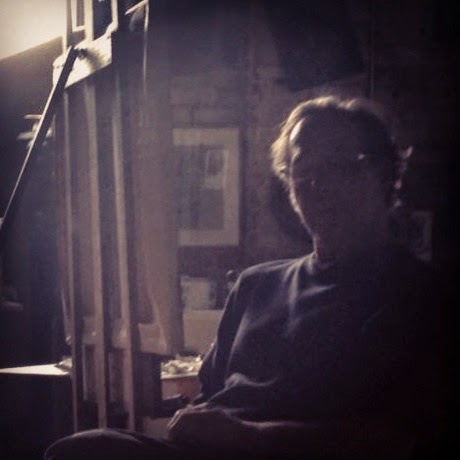 Terry Reitzel died last week and the world lost a true artist;  calling someone an artist invites subjectivity and there are many interpretations freely passed around.  From my perspective, an artist is someone who makes the world new and different and better, whose gift leaves a mark that will last and doesn’t care who likes it or not.  It’s not about the approval or opinion of others, it’s about a creative energy that has to come out and tortures the artist until it does.  Terry Reitzel was a tortured artist in every sense of the word.  Those who knew Terry loved him and even though he frustrated many over the years no one could say he wasn’t a great talent, and an all-around lovely guy.  Everyone is fighting a hard battle- some are just more obvious than others.  Terry’s was alcohol but it didn’t define him.  His humor, heart, and brilliance will be truly missed by everyone at Circa and I bet, everyone who ever had the privilege to know him.

Terry’s paintings are far more than simply beautiful. In a way they are the Phoenix that can only rise from torment and sadness. For all of us lucky enough to have them in our homes, I hope we will see the miracle in them. He was a gift to all of us. Yes, let’s bask in his work forever. But more importantly, let’s learn true beauty from his greater gift of humility.

Terry was like a brother. His talent, intellect and wit were unmatched. His last years were hard on him and on those who loved him most.
He will be missed but never forgotten.
Rest in Peace my friend.

Terry Reitzel was, by far, the most unique individual I have ever met. Extremely intelligent, staggeringly talented, generous to a fault and a sweet kind man. He loved his family and talked about them often. He loved music and reading. My introduction to him was at a house we both happened to be working on about 25 years ago. He was painting a large mural in the front entry room. We became close over the years. I am a woodworker and had the pleasure of collaborating on a number of projects with him.

Walking into Terry's studio was always an experience. Artwork was everywhere, ranging from small paintings to charcoal sketches of his family to murals as large as 11 feet tall and 70 feet long. European landscapes, low country landscapes, The Charleston Harbor, monks, portraits, people in and out constantly. I can't even begin to say how many times I've seen clients of his stopped in their tracks after viewing what he had put on canvas or a finish that he had put on a piece of furniture. I will also always remember asking him, early on, just how he does all this incredible work and he said, "I just turn my brain off and go". Terry was a character!

He would always ask about my family and was so excited that my daughter was getting ready to graduate Art School and pursue a career in the Art World.


Terry was a kind hearted, brilliant talent with the ability to harness the beauty of the world through his art. He was a wonderful friend and will be greatly missed. 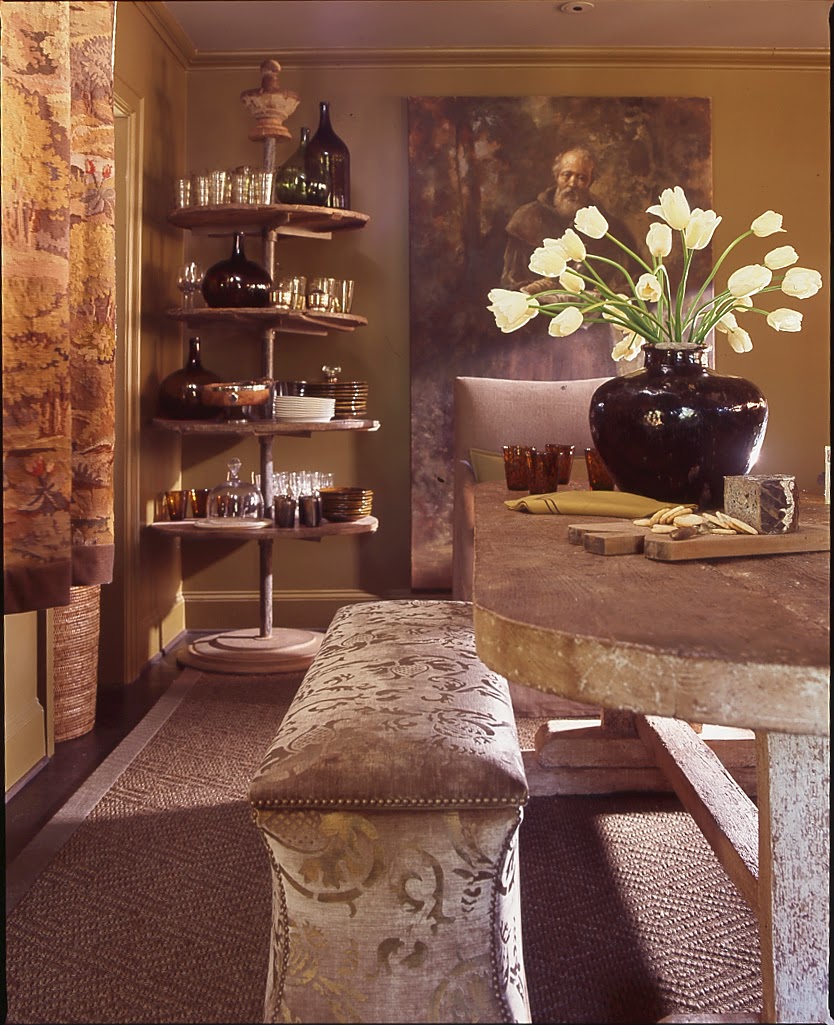 Several years ago I was in Europe on a buying trip with Cindy, where we found the most beautiful painting of a monk.  It was so moody, dark, and humble, and the image always stayed with me.

Emily Bourgeois later saw it at Circa and was so moved by it that she revisited it several times before eventually purchasing it for her own collection.  It made me very happy that it found a home with someone who appreciated it as much as I did.  Years later, I was given the opportunity to have my house published and asked Terry to commission a similar painting which I planned an entire room around.  I knew he would get it - all I needed to say was "moody, dark, humble" and let him go...after all, those words described his own style perfectly.

Pure Terry, after months of my waiting and badgering him, he finally completed the painting 2 days before the photo shoot.  He hitched a ride and arrived with drink in hand to deliver the painting and all of the feelings I experienced from the one in France were surpassed.  He had that way of inducing intense emotion - first making you crazy with the urge strangle him, not knowing whether or not he'll follow through, then being blown away by his artwork as he apologetically presents it and you forget all of the madness because it was so worth the wait... it becomes apparent that Terry is a modest, lumbering vessel of a gift that could only come from God.

The next day our house caught on fire.  As I sat in the driveway and watched our home go up in flames all I could think about was saving that painting.  One fireman strong-armed Chad as he tried to run in and grab it.  When the last fire was put out and the whole thing axed and drenched, we went in to survey the damage - unbelievably the painting was left untouched in a room full of soaking char.
Two years later our renovated home appeared in Southern Accents magazine and I received more phone calls about that painting than anything else.  Dozens of people have begged to buy it from me, but it's far too priceless to ever let go.  I'm so fortunate to have known Terry and own just a small token of his incredible gift.

A few days ago I was speaking to Steve Morgan, who was also a close friend of Terry's and witnessed many of his works in progress.  I was talking about my painting when he recalled with a grin, "if you had an X-ray machine you might see the sneakers underneath that cloak." Terry was an original;  his humility, kindness, humor, and talent will be forever missed.  We love you, Terry.

Mr. Terry Lee Reitzel , age 58, of Charlotte, North Carolina passed away at his home on February 11th, 2015. Gone but never forgotten, may he rest in peace.
Posted by Circa Interiors at 2:53 PM No comments:

An Upcoming Event and the Start to 2015

We hope everyone enjoyed a wonderful holiday with their family and friends. We are looking forward to what 2015 will bring us at Circa Interiors & Antiques, starting with a visit from Gena Knox tomorrow!

Gena Knox at Circa Charlotte on Thursday, 2/5 at 11:30AM
It all started in August of 2013, when Cindy Smith and Jane Schwab had The Welcoming House book signing at Francie Hargrove Interior Design & Shop  in Cashiers, NC. Francie Hargrove was an incredibly gracious host and Jane returned again to support her last summer for a book signing with Gena Knox and the idea to bring this vibrant, talented author to the Queen City was born.

We are thrilled to join Jane in hosting her fellow author for a day of learning & enjoying Southern-style recipes with a healthy, seasonal and (perhaps most importantly) easy twist. We are serving a light lunch full of Gena's delicious creations and hope you are able to visit with us!

In light of tomorrow's exciting event, we wanted to share one of our favorite recipes from Gena's most recent book, Southern My Way: Food & Family: White Cheddar-Wrapped Pecans! We love to entertain and these small bites are perfect for all kinds of events. Our very own Leigh Falkner made them for her cousin Catherine's wedding brunch and they helped to make the day even more memorable and special. 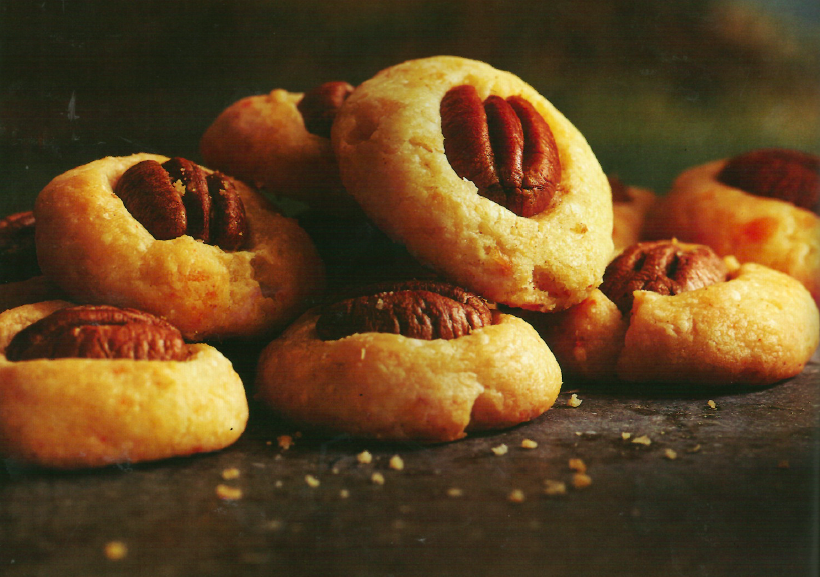 FIRST: Preheat oven to 350°F. Grate cheese using a food processor or hand grater. Combine shredded cheese, butter, flour, salt, and pepper in a food processor fitted with blade attachment. Process until dough forms a ball and separates from side of processor.

NEXT: Using hands, roll dough into 1-inch balls and place on ungreased baking sheet, about 2 inches apart. Place 1 pecan half in center of each ball and press gently so that pecan is embedded in dough.

LAST: Bake for 15 minutes, until lightly browned. Allow to cool before serving. 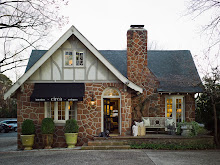 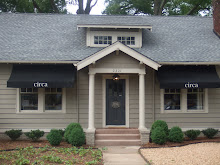 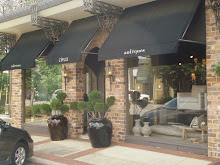 Circa Interiors and Antiques

By the way...if you see anything on our blog that you love and hopefully can't live without, call or email us! Whether it be custom pillows, custom ottomans, any upholstery, or accessories we can have them made or ordered for you! We can always ship!

A Highlight of our Vendors

Stay in the loop!

Email Addison@circaonline.net with your name, address &/ or email address and we'll be sure to remind you of upcoming sales, shipments, etc.!